Concept of Atonement in Islam

CONCEPT OF ATONEMENT IN ISLAM: 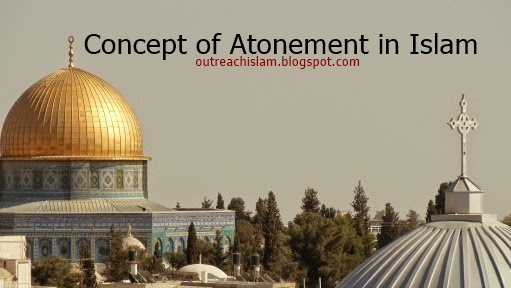 In Islam, atonement is sought by means of making repentance (making Tawbah) in so many cases it also involve acts of penance, such as prayers, fasting or giving charity to the poor or to perform acts of worship prescribed in the Sunnah (Prophetic traditions) or to offer animal sacrifice.

All of this can be summarised in one Hadith:

On the authority of Abu Dhar Jundub bin Junadah, and Muadh bin Jabal that the messenger of Allah said :

"Fear Allah wherever you are, and follow up a bad deed with a good one and it will wipe it out, and behave well towards people."

Tirmithi narrated the hadith and said it was fine, and in another version, said true and fine
(From Imam Nawawi 40 Hadiths)

Quran 2;160 Except for those who repent and correct themselves and make evident [what they concealed]. Those - I will accept their repentance, and I am the Accepting of repentance, the Merciful.

Quran 9:102 Others (there are who) have acknowledged their wrong-doings: they have mixed an act that was good with another that was evil. Perhaps Allah will turn unto them (in Mercy): for Allah is Oft-Forgiving, Most Merciful.

Quran: 25:70 Except for those who repent, believe and do righteous work. For them Allah will replace their evil deeds with good. And ever is Allah Forgiving and Merciful.

Quran 31:8 Indeed, those who believe and do righteous deeds - for them are the Gardens of Pleasure.

Fasting as an atonement for the sins:
Abu Huraira (R.A) reported: The Messenger of Allah, peace and blessings of Allah be upon him, said, “The five prayers, Friday to Friday, and Ramadan to Ramadan will expiate the sins committed between them, as long as major sins are avoided.” Reference: Ṣaḥīḥ Muslim 233

"Fasting on the Day of 'Arafah absolves the sins for two years: the previous year and the coming year, and fasting on 'Ashura, (the tenth day of Muharram) atones for the sins of previous years."
Reported by all except Al-Bukhari and At-Tirmidhi

Glorifying  Almighty (Remembrance of God/Zikr)  is an atonement for Sins:

Narrated by Abu Huraira (R), Allah’s Messenger (saw) said, “Whoever says, ‘Subhan Allah wa bihamdihi,’ one hundred times a day, will be forgiven all his sins even if they were as much as the foam of the sea. (Bukhari)

Some of the sins and guilt are atoned by fasting or feeding poor people or manumitting slaves,
Some other sins are expiated by slaughtering an animal.
The rules concerning those sins and it's atonement are explained in Islamic Jurisprudence (Fiqh) in details.

Tradition of human sacrifice for the atonement of sins ,is not the part of the Law and teachings of the Prophets.

This are the Islamic means of  seeking Atonement for the sins as it was taught in the congregations of the Prophets of Allah Subhana Wa Ta'ala....

Islam is the way and truth of all the Prophets and Pious Saints of the Most High. There is no confusion in Islam. Because it is the way of certainty and all scriptures affirms Islamic traditions.

Peace be upon the Messenger of Allah

Praise be to Allah the LORD of all Creations