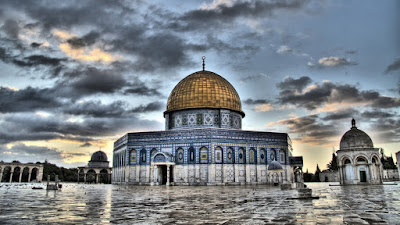 What does Islam say about calling a Muslim "Kafir" (Disbeliever)?.

So many Muslims, so many filthy Shaykhs and scholars, they have no adab and akhlaq! no morals and no manners, being egoistic and ignorant after knowledge and authority were given, they address other Muslims as Mushrik, Kafir Abu Lahab grave worshiper etc!

Allah Almighty says about such egoistic Muslims, scholars shaykhs and leaders:
Quran 25:43 Have you seen the one whose god is his own ego? Will you be his advocate?
Quran 45:23 Have you noted the one whose god is his ego? Consequently, God sends him astray, despite his knowledge, seals his hearing and his mind, and places a veil on his eyes. Who then can guide him, after such a decision by God? Would you not take heed?

Being misguided after guided , being lost after found the straight path, such is the consequences of calling another Muslim as Kafir/Mushrik/Abu Lahab/Satan/Grave worshiper etc!


Sahih Muslim Book 32. Hadith Number 6219:
Abu Huraira reported Allah's Messenger (may peace be upon him) as saying: Don't nurse grudge and don't bid him out for raising the price and don't nurse aversion or enmity and don't enter into a transaction when the others have entered into that transaction and be as fellow-brothers and servants of Allah. A Muslim is the brother of a Muslim. He neither oppresses him nor humiliates him nor looks down upon him. The piety is here, (and while saying so) he pointed towards his chest thrice. It is a serious evil for a Muslim that he should look down upon his brother Muslim. All things of a Muslim are inviolable for his brother in faith: his blood, his wealth and his honour.

Muslim Men regardless of their Knowledge and Position in Islam, abusing other
Muslims with the Words that are related to "Disbeliever (Kafir)"

For Example: Calling a Muslim names like Kafir, Mushrik, Abu Lahab, Dajjal,
Shaitan, you and your family will go to hell, grave worshiper etc
are synonyms words of "Kafir" (Disbeliever)

Prophet (s.a.w) saying that if the attacked is not a kafir, the kufr will be reverted to the attacker! So beware oh Muslims oh Shaykhs oh Scholars!

Holy Prophet(p.b.u.h) said: If a Muslim calls another kafir,
then if he is a kafir let it be so; otherwise, he [the caller] is himself a kafir.''(Abu Dawud, Book of Sunna)
Abu Zarr reported that the Holy Prophet(p.b.u.h) said: No man accuses another man of being a sinner, or of being a kafir but it reflects back on him if the other is not as he called him.''
-(Bukhari, Book of Ethics; Book 78, ch. 44)

Narrated 'Abdullah (R): The Prophet (Peace and Blessings of Allah be upon him), said, "Abusing a Muslim is Fusuq (evil doing) and killing him is Kufr (disbelief)." (Sahih Bukhari, Book 88/197)

PEOPLE WHO SLANDER THE IMAMS AND SHAYKHS OF THE AHLU SUNNAH WAL JAMAH ARE THOSE WHO FOLLOW THE SECTS OF FALSE CALLERS TO FALSE SECTS:

Narrated Hudhaifa bin Al-Yaman: The people used to ask Allah's Apostle about good, but I used to ask him about evil for fear that it might overtake me. Once I said, "O Allah's Apostle! We were in ignorance and in evil and Allah has bestowed upon us the present good; will there by any evil after this good?" He said, "Yes." I asked, "Will there be good after that evil?" He said, "Yes, but it would be tained with Dakhan (i.e. Little evil)." I asked, "What will its Dakhan be?" He said, "There will be some people who will lead (people) according to principles other than my tradition. You will see their actions and disapprove of them." I said, "Will there by any evil after that good?" He said, "Yes, there will be some people who will invite others to the doors of Hell, and whoever accepts their invitation to it will be thrown in it (by them)." I said, "O Allah's Apostle! Describe those people to us." He said, "They will belong to us and speak our language" I asked, "What do you order me to do if such a thing should take place in my life?" He said, "Adhere to the group of Muslims and their Chief." I asked, "If there is neither a group (of Muslims) nor a chief (what shall I do)?" He said, "Keep away from all those different sects, even if you had to bite (i.e. eat) the root of a tree, till you meet Allah while you are still in that state." (Sahih Bukhari Book 56, Hadith 803)

The Last Main Body (Jamah) and it's leaders (Caliphate) were Ottomans and they were Hanafi-Sufi followers. And without doubt from this Hadith we can understand that the only legitimate creed is the way that was followed by the main body and amir! The situation of not having a Khalifa of Islam in Hejaz (Arabia) manifested in 1920s when the Ottoman empire was abolished and the new sects emerged in Arabia with nationalism (tribalism which is forbidden in Islam) and coming of new sects and false callers spreading in it's state religions and false callers taking over the Muslim world, fulfilling the prophecies of the coming of the tribulations that shall befall on Arabs!

They not only slander Muslims as Mushriks and grave worshippers, but also took sword against Imams and Muslims of Hejaz and other parts of the Muslim world, killing them in the name of defending Tawhid!