Opening of the Outreach Islam Mission: An invitation to the Straight Path and Truth

December 03, 2019
In the Name of Allah Most Merciful Most Beneficent

We begin with the Opening Chapter in the Holy Quran:
Surah Al-Fatiha

1. BISMIL LAAHIR RAHMAANIR RAHEEM.
In the name of GOD, Most Gracious, Most Merciful

2. AL HAMDU LILLAHI RABBIL `AALAMEEN.
Praise be to GOD, Lord of the universe

The “Outreach Islam” is an effort to represent the correct creed of Islam (Ottoman Sunni Creed) and to invite the people to the spiritual way and to step into the heavenly fellowship (see Quran 1:7 ,3:79 and 4:69).

We explains traditional Islam to non-Muslims, especially to the people of the Book (Christians and Jews).

We are the followers of the largest creed of Islam known as “Ahlu Sunna Wal Jamah”, the Hanafi, Shafi,Maliki, Hanbali, Ash’ari, Mathuridi, Sufi Ottoman Creed .

We proclaim the authentic religious beliefs and practices of the last legitimate Caliphate- The Ottoman Empire.

The Prophet Muhammad (peace and blessings of Allah Be upon him) said: Allah will raise for this community at the end of every hundred years the one who will renovate its religion for it. (Sunan Abu Dawood, Book 37 Hadith 4281)

Ottomans ruled Islamic World for over six centuries and thus there had come seven Mujaddid in this period, So many traditional Sunni-Sufi (Majority Creed is Hanafi, Shafi, Maliki Hanbali sunni schools who are pro-Sufi) practice such as Mawlid and Urs (Commemoration of the martyrs and pious ancestors) existed for more than 1400 years in our covenant (Final Revelation) as well as in the previous covenants Also, we can see that in the period of the Khilafa, no Mujaddid had even given a fatwa against it nor spoken against it!


Today people criticise Islam based on the misdeeds of the leaders and followers of misguided sects. Such sects have no legitimacy in Islam though the claim they follow this religion!

Two Muslim rulers from the Quraish who rules today: King of Morocco and KIng of Jordan, their Aqeedha is not Wahhabi-salafi aqeedha, they are from ahlu Sunna Wal Jamah of Hanafi-Maliki-Shafi-Hanbali-Ash’ari-Mathuridi-Sufi following Muslims!
The Messenger of Allah, peace and blessings of Allah be upon him, said, “There was disagreement amongst Jews and they split into 72 groups. In exactly the same way, there will be disagreement and divisions in my Ummah. It will split into 73 groups. Except for one of these groups, all the remaining will be thrown into Hell.”
When asked about which group will be on the right path, the Messenger of Allah replied, “The group on the right path, which will enter Paradise, will be the group which follows my Sunnah and this will be the largest group of Muslims.”
[Tirmidhi; Imam Ahmad; Abu Dawud; Mishkat]

The Messenger of Allah, peace and blessings of Allah be upon him, said, “Without doubt, my Ummah will never be gathered in misguidance. Whenever you see disagreement, hold fast to the greater majority.”
[Ibn Majah]

The Messenger of Allah, peace and blessings of Allah be upon him, said, “”Follow the way of the largest group of Muslims! For he who deviates from this group will be thrown into Hell!” [Ibne Majah] [Imam Ahmad]

The Messenger of Allah, peace and blessings of Allah be upon him, said, “He who deviates himself from the largest group of Muslims, even as much as a hand span, has himself cut off his connection with Islam.” [Sahih Bukhari,Abu Dawud; Imam Ahmed]

The Messenger of Allah, peace and blessings of Allah be upon him, said, “The Jews divided into 71 sects, 1 will enter Paradise and 70 will enter Hell. The Christians were divided into 72 sects. By the One whose Hand my soul is in, my Ummah will be divided into 73 sects, 72 of which will enter Hell.”
The Companions asked, “Which is the saved sect?” The Holy Prophet replied, “al-Jamaah.”
[Ibn Majah’s Kitaab Al Fitan, Hadith no. 3982]

OTTOMAN ISLAM VS OTHER SECTS WHICH CAME AFTER THE OTTOMAN CALIPHATE


In Islam- A Mujaddid in every century from the same creed in the past 13 centuries, find who are they?, Can other sects bring 13 Mujaddids from their creed?, as this 14th Islamic century?? Read below:

Sunan Abu Dawud, 37:Kitab Al Malahim (Battles), Hadith 4278 Narrated AbuHurayrah (R.A): The Prophet (peace_be_upon_him) said: Allah will raise for this community at the end of every hundred years the one who will renovate its religion for it.

Sahih Bukhari Book 89, Hadith 254 : Narrated Ibn ‘Umar: Allah’s Apostle said, “This matter (caliphate) will remain with the Quraish even if only two of them were still existing.”

Sahih Bukhari Book 89,Narrated Ibn ‘Abbas: The Prophet said, “If somebody sees his Muslim ruler doing something he disapproves of, he should be patient, for whoever becomes separate from the Muslim group even for a span and then dies, he will die as those who died in the Pre-lslamic period of ignorance (as rebellious sinners). (See Hadith No. 176 and 177)

Other sects can never prove that Muslim Caliphs were following the ways of this new sects and their beliefs)!,because new sects like Wahhabi/Salafi ideology and even these terms only originated in the 18th and 19th century!

THE TRUTH IS CLEAR , RIGHT PATH IS CLEAR FROM WRONG PATH!, USE YOUR INTELLIGENCE LEARN ABOUT ISLAMIC CALIPHATES AND IT’S AQEEDHA AND MADHAB (SCHOOL OF BELIEF), YOU WILL NOT GO ASTRAY!


Allah says in Quran: 2:256 There shall be no compulsion in [acceptance of] the religion. The right course has become clear from the wrong. So whoever disbelieves in Taghut and believes in Allah has grasped the most trustworthy handhold with no break in it. And Allah is Hearing and Knowing.

Quran 2:208 O you who have believed, enter into Islam completely [and perfectly] and do not follow the footsteps of Satan. Indeed, he is to you a clear enemy.

The Messenger of Allah, peace and blessings of Allah be upon him, said, “The devil continually pursues human as a wolf pursues sheep. The wolf only dares to attack those sheep which have separated from the rest of the flock and are standing alone. And so, my followers and my devotees! Save yourselves from being caught in the traps of misguidance and firmly remain with the largest and most well-known group of Muslims!”

Sahih Muslim Book 020, Hadith Number 4553. Hudhayfah ibn al-Yaman said, “People used to ask the Prophet, peace be upon him, about good things, but I used to ask him about bad things because I was afraid that they might overtake me. I said, ‘O Messenger of Allah, we were lost in ignorance (jahiliyyah) and evil, then Allah brought this good (i.e. Islam). Will some evil come after this good thing?’ He said, ‘Yes’ I asked, ‘And will some good come after that evil?’ He said, ‘Yes, but it will be tainted with some evil’ I asked, ‘How will it be tainted?’ He said, ‘There will be some people who will lead others on a path different from mine. You will see good and bad in them.’ I asked, ‘Will some evil come after that good?’ He said, ‘Some people will be standing and calling at the gates of Hell; whoever responds to their call, they will throw him into the Fire.’ I said, ‘O Messenger of Allah, describe them for us.’ He said, ‘They will be from our own people, and will speak our language.’ I asked, ‘What do you advise me to do if I should live to see that?’ He said, ‘Stick to the main body (jama’ah) of the Muslims and their leader (imam).’ I asked, What if there is no main body and no leader?’ He said, ‘Isolate yourself from all of these sects, even if you have to eat the roots of trees until death overcomes you while you are in that state.’ “

The last Hadith quoted from Sahih Muslim (Also in Bukhari and others) prove that the sects that came up during the decline of Ottoman Caliphate to this day have no legitimacy in Islam, unless and until they follow the ways of the same Caliphate (the four Madhabs and Sufi Islam-the Ahlu Sunnah Wal Jamah).

Because the command is given to isolate from all this sects and groups.

The Prophet alaihiswalathu wa salam did not say to the Sahabi (Companion), the people should follow you directly and call themselves as "Salafi" , nor did he (alaihiswalathu wa salam) say: "There will be a new sect emerge in Arabia called salafi, you must adhere to them!"
So we can understand that Nabi Muhammad alaihiswalathu wa salam has clearly distinguished and explained the truth from falsehood and correct creed from the misguided creeds and sects, without giving us any chances of confusion!

Peace be upon the Messengers of Allah

Praise be to Allah Almighty the LORD of the worlds. 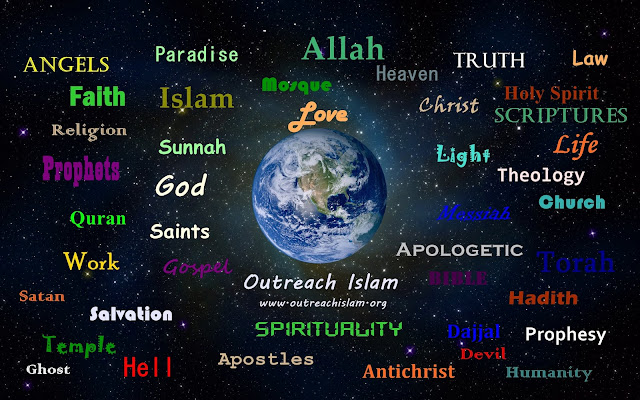 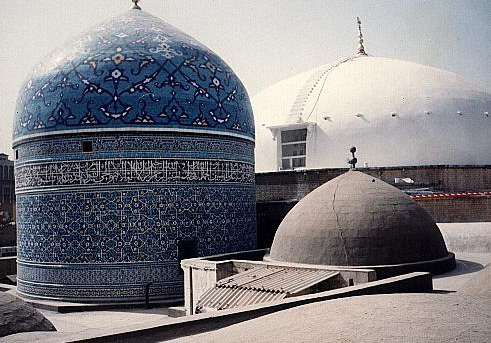