Significance of Food in Religion&Spirituality 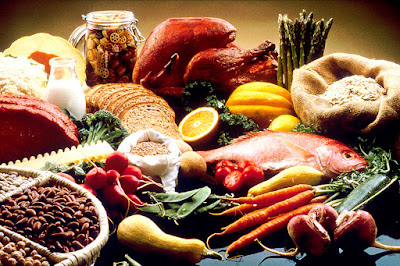 Questions:Is there any relationship between our food and spiritual ascension? Can food have an impact on our religious and spiritual life?

In the Name of Allah Most Merciful Most Beneficent
Peace and Blessings of Allah be upon the Prophet Muhammad his noble family and companions.

Quran 2:257 Allah is the Wali (Protector or Guardian) of those who believe. He brings them out from darkness into light. But as for those who disbelieve, their Auliya (supporters and helpers) are Taghut [false deities and false leaders, etc.], they bring them out from light into darkness. Those are the dwellers of the Fire, and they will abide therein forever.

On the authority of Abu Hurayrah (ra):
The Messenger of Allah (ﷺ) said, “Allah the Almighty is Good and accepts only that which is good. And verily Allah has commanded the believers to do that which He has commanded the Messengers. So the Almighty has said: “O (you) Messengers! Eat of the tayyibat [all kinds of halal (legal) foods], and perform righteous deeds.” [23:51] and the Almighty has said: “O you who believe! Eat of the lawful things that We have provided you.” [2:172]” Then he (ﷺ) mentioned [the case] of a man who, having journeyed far, is disheveled and dusty, and who spreads out his hands to the sky saying “O Lord! O Lord!,” while his food is haram (unlawful), his drink is haram, his clothing is haram, and he has been nourished with haram, so how can [his supplication] be answered? [Muslim]
Reference : 40 Hadith Nawawi 10
English translation : Hadith 10

Food is classified as lawful (Halal) and unlawful (Haram) in Islamic dietary Laws. Allah Almighty knows which food benefit us physically and spiritually and which food harm us spiritually or physically or both!. Even those who do not follow Islam or other religion, still observe their own dietary laws for their health and well being!. So there is no reason for them to criticise Islamic dietary Laws!. They do it only because of their hypocrisy and double standard, and their passion to observe human traditions and to disregard God's Commandments.

Usually people eat food for nutritional values. There are staple foods, organic, modified, chemically treated etc. Each have it's own benefits and harmfulness! Medicinal food is regulated by physicians as part of medications and to treat various illness, both physical and mental illness!
But not many think about the Spiritual values of food. The food has a direct impact on one's own spirituality. Today even the science prove this. People who seek serenity and overall health seeking raw food today.
So many people eat food with no regards to any of the three types of values, and various types of physical and spiritual illness invade their body mind and soul!. Awliya Allah (the Saints of traditional Islam) says that one must not eat too much meat and one's diet shall include more fish and lentils .

The food that has high level of spiritual value, which brings more medicinal value and nutritional value due to the spiritual value, when the food is grown or cultivated or prepared by a religious person (Prophets, Siddiqin and Saliheen, Quran 4:69). Saints of Islam insist that the the concept of Halal should not be only about slaughtering the Animals, but also practised while planting harvesting and cooking as well!. For example: Reciting "Bismillah" while watering the plant, while cooking it and while serving it!. To be in the state of ablution while preparing food and serving food. Reciting Surah Fatiha during the meal and supplicating or making Dua. Such practices will increase the spiritual value of Food.

Spiritually each animal and plants inherit certain characteristics. Some are calm and some others are violent.  For this reason, each animal or plant produce certain hormones in their bodies and that goes to our food and our blood absorb it . This hormones in the food play a role in influencing our attitude , behaviours, attention, manners, discipline etc!. What more to say, some food may produce high level of gas in the stomach that cause regular fart!. Will you then keeping ablution? You are missing out so many voluntary worships and loose attention!

Allah Almighty has Created animals,birds, fish and plants with some adaptive and resistance characteristics and hormones that act upon variations of persons and place.It plays a role in supporting the survival of such plants or animals. It acts like a magnet in those creatures. Take ourself as an example.. If you see a  Tiger in the open land standing in front of you, your body produce a totally different hormone and state of mind to cope with that situation. And if you see a sheep, your body and mind is in totally different response. This response factor (the genetics,molecules and hormones)  which is situated in each flesh definitely have a direct impact on our spiritual life, which we consume when we eat those creatures.

THE FIRST LAW AND LAST LAW ARE ON DIET:

The most important fact every believer and the people of the Book must understand is that Almighty Speaks of the Dietary Law in the First and in the Last!.

Quran 2:35 And We said, "O Adam, dwell, you and your wife, in Paradise and eat therefrom in [ease and] abundance from wherever you will. But do not approach this tree, lest you be among the wrongdoers."

Quran 7:19 And "O Adam, dwell, you and your wife, in Paradise and eat from wherever you will but do not approach this tree, lest you be among the wrongdoers."


Quran 5:3 Prohibited to you are dead animals, blood, the flesh of swine, and that which has been dedicated to other than Allah , and [those animals] killed by strangling or by a violent blow or by a head-long fall or by the goring of horns, and those from which a wild animal has eaten, except what you [are able to] slaughter [before its death], and those which are sacrificed on stone altars, and [prohibited is] that you seek decision through divining arrows. That is grave disobedience. This day those who disbelieve have despaired of [defeating] your religion; so fear them not, but fear Me. This day I have perfected for you your religion and completed My favor upon you and have approved for you Islam as religion. But whoever is forced by severe hunger with no inclination to sin - then indeed, Allah is Forgiving and Merciful.

According to Jewish traditions, the first punishment God will implement on the man kind in this world itself is the punishment for breaking dietary laws!

After the Flood in the time of Prophet Noah (peace be upon him) , the first Law was given dietary Law! (Genesis 9:4)

Isaiah 66:17“Those who ‘consecrate’ and ‘purify’ themselves in a sacred garden with its idol in the center—feasting on pork and rats and other detestable meats—will come to a terrible end,” says the LORD.

In Christian tradition, Gospel of Matthew points that the breakers of dietary Law is punished first, when Christ (Peace be upon him) returns:

Matthew 24:48-50 But suppose that servant is wicked and says to himself, 'My master is staying away a long time,'and he then begins to beat his fellow servants and to eat and drink with drunkards.The master of that servant will come on a day when he does not expect him and at an hour he is not aware of. He will cut him to pieces and assign him a place with the hypocrites, where there will be weeping and gnashing of teeth.

Matthew 25:1-5 explains the reality of those who keep laws and expose those who do not keep God's Laws. Because they misinterpreted the teachings pf Christ and followed other teachings and legalised all types of food and attributed it to Christ!

I hope this article will serve as an introduction for those who seek truth and pure way!
Peace be upon the Prophets of Allah
Praise be to Allah the LORD of all Creations